View cart “Wortec 376x26mm Rear Discs” has been added to your cart. 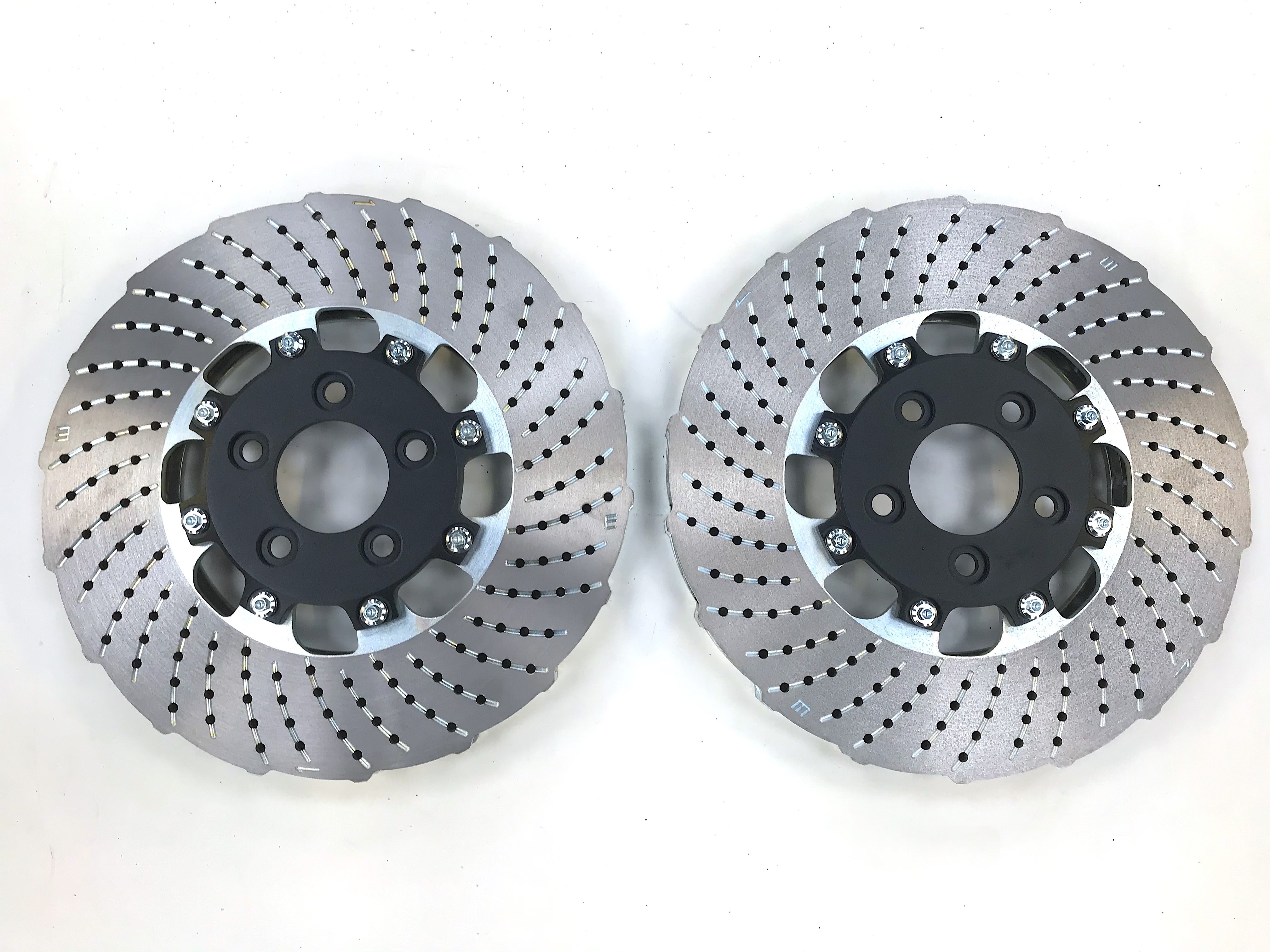 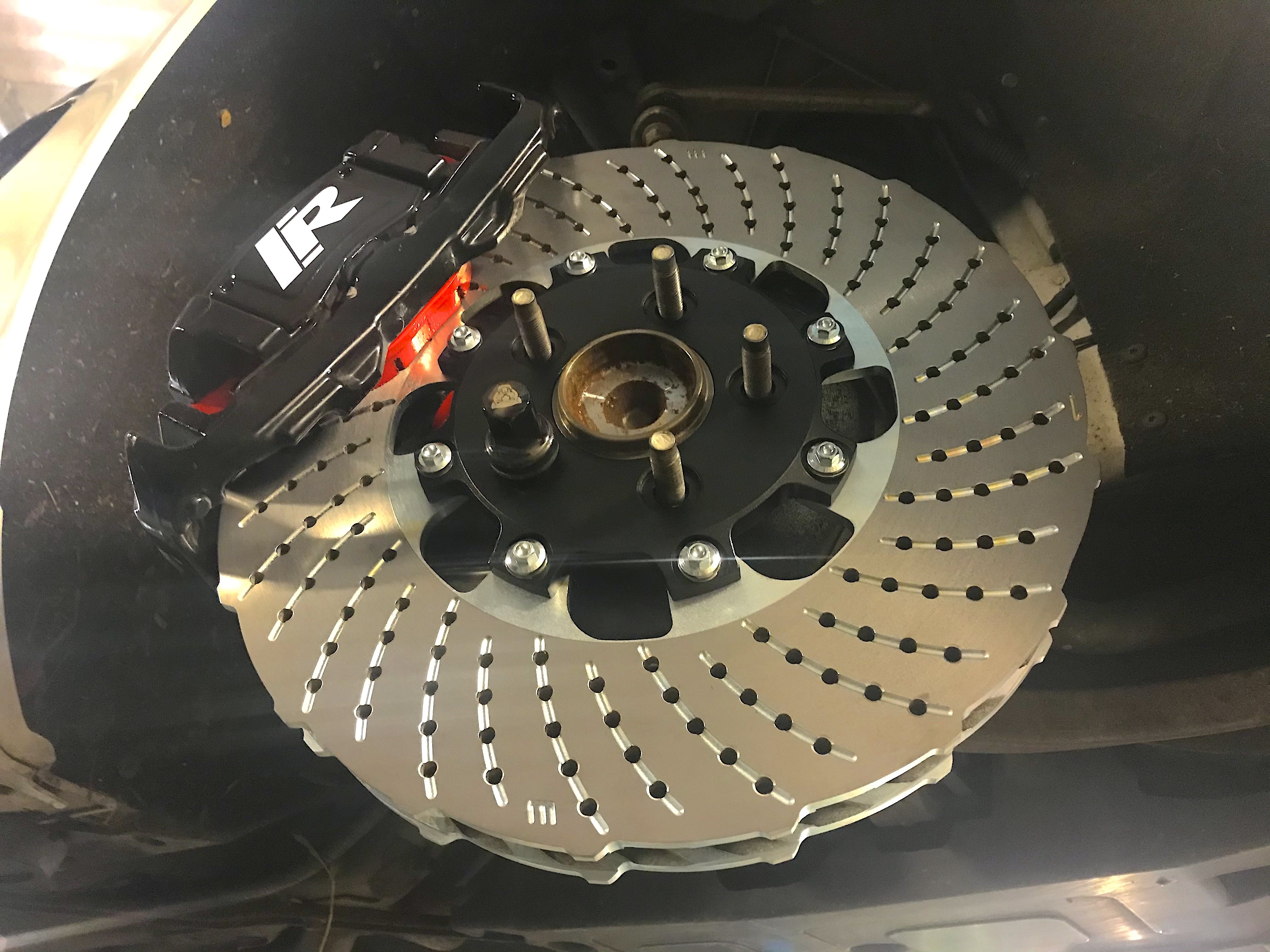 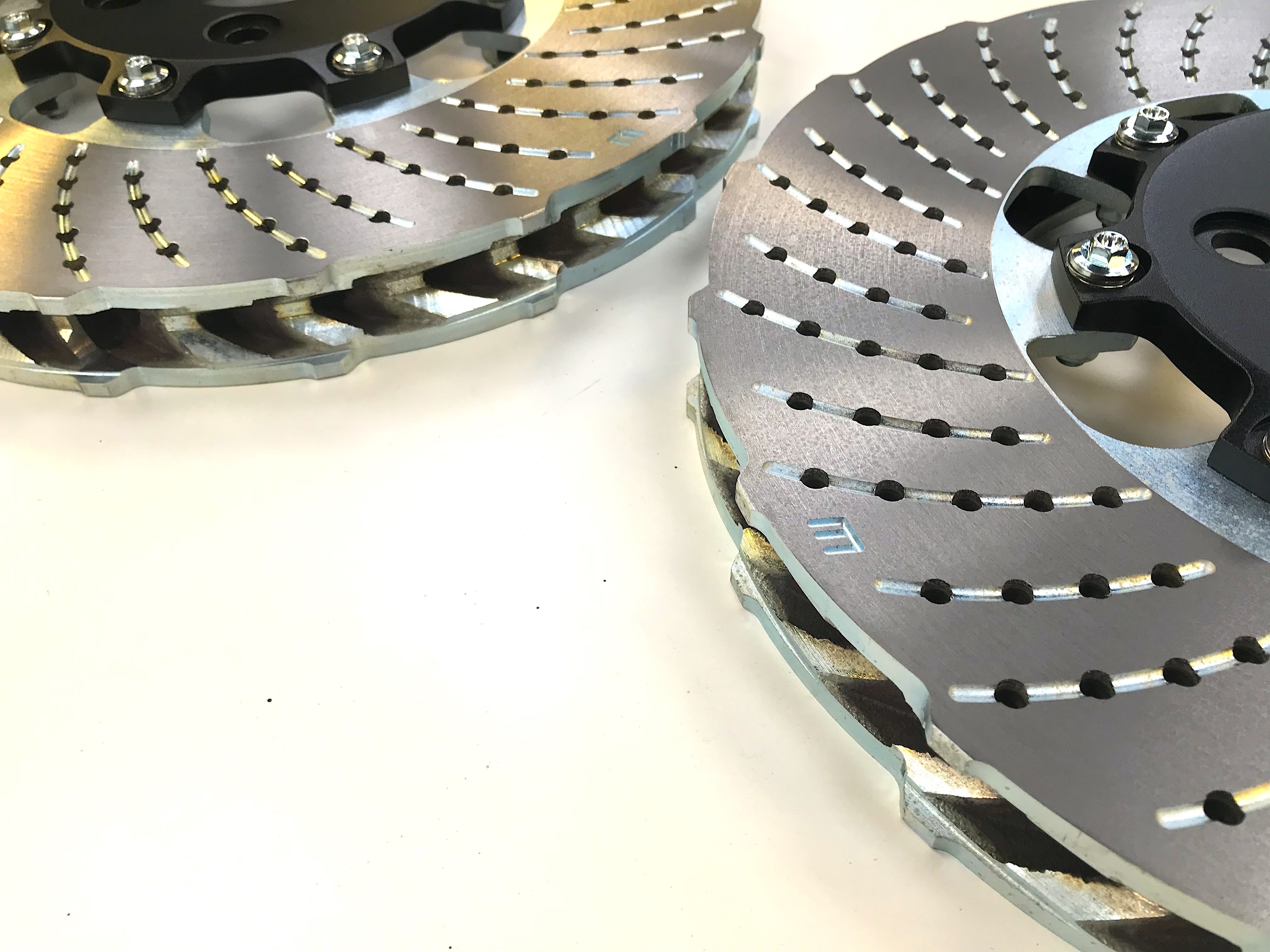 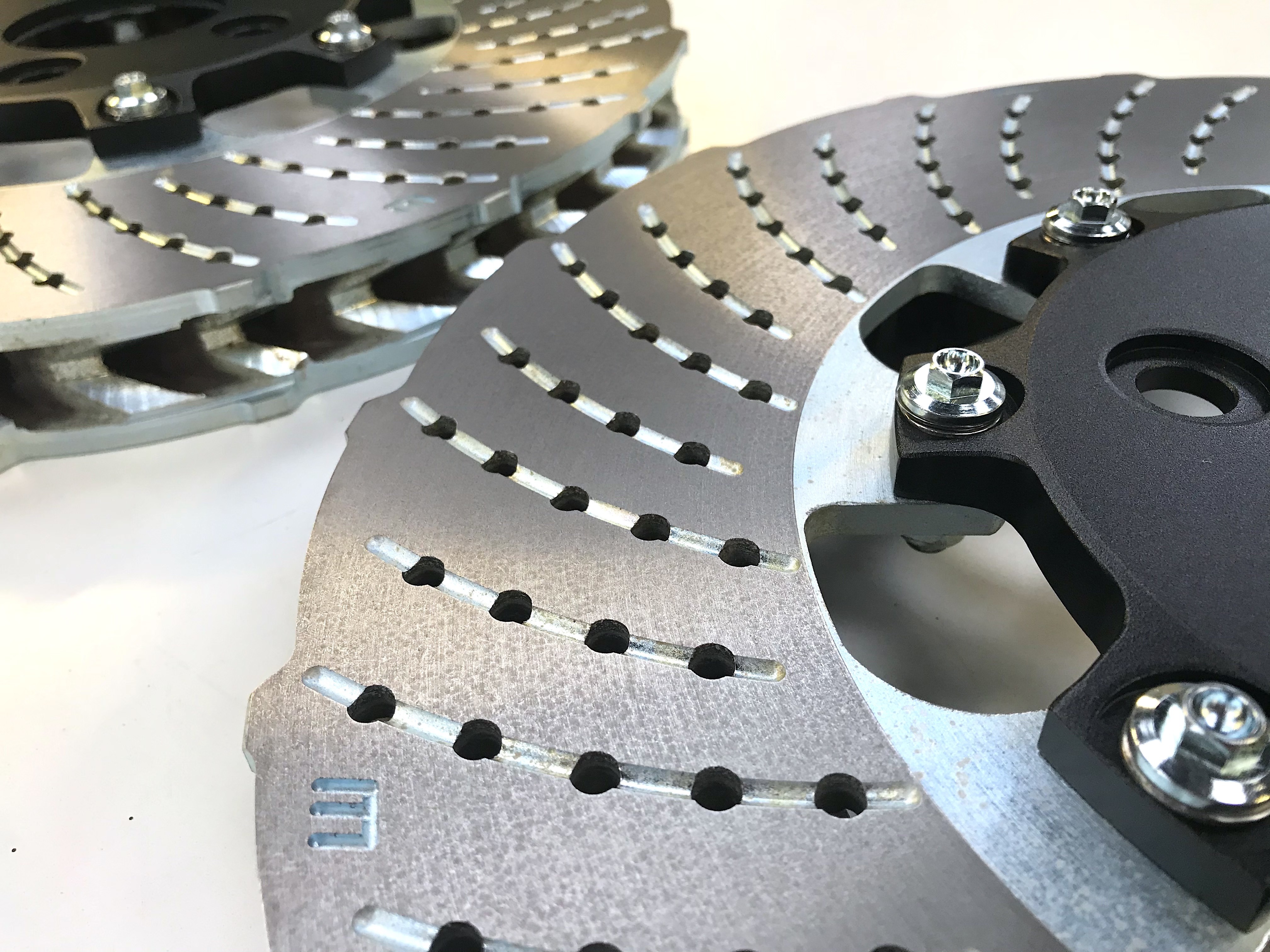 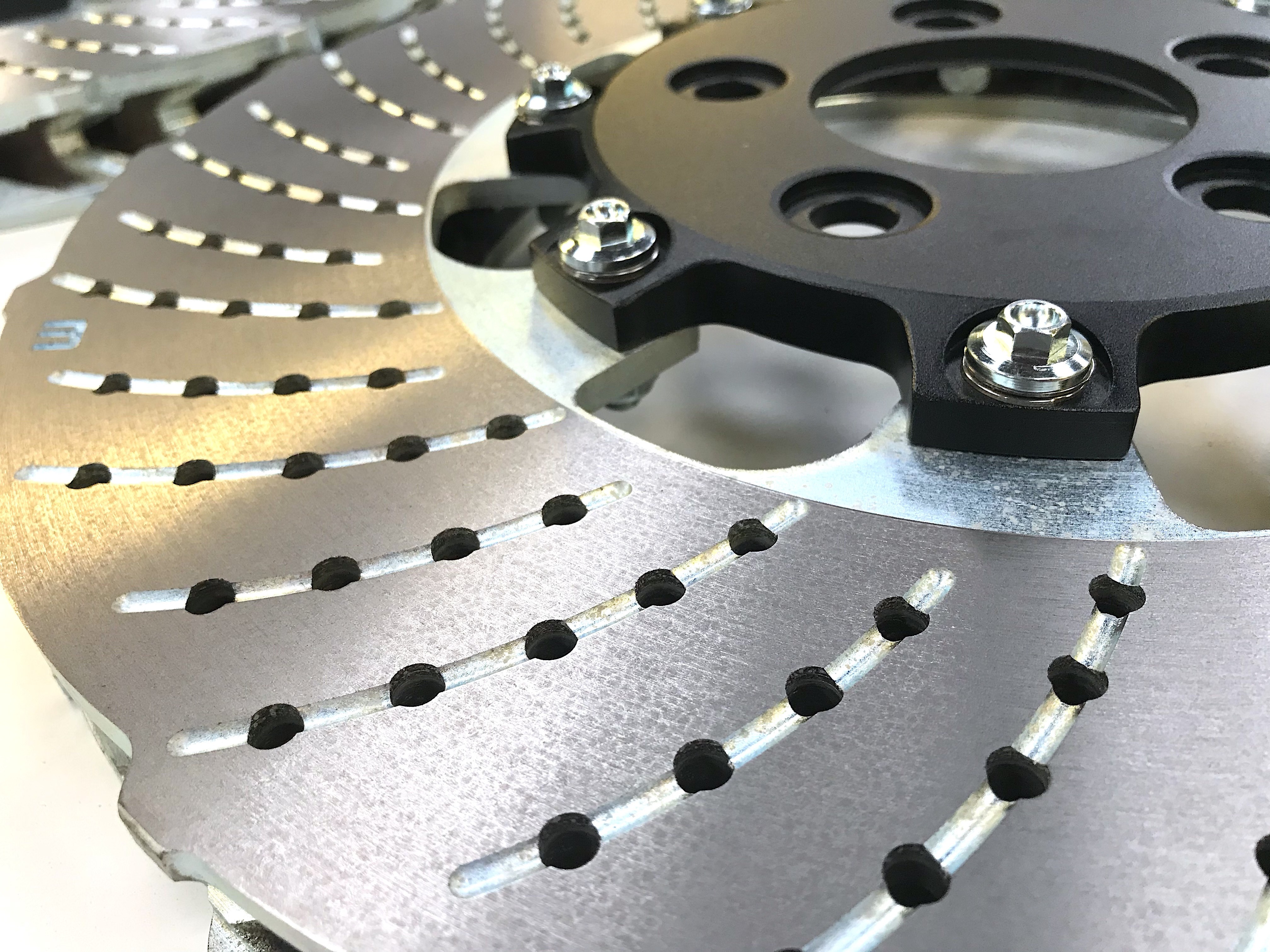 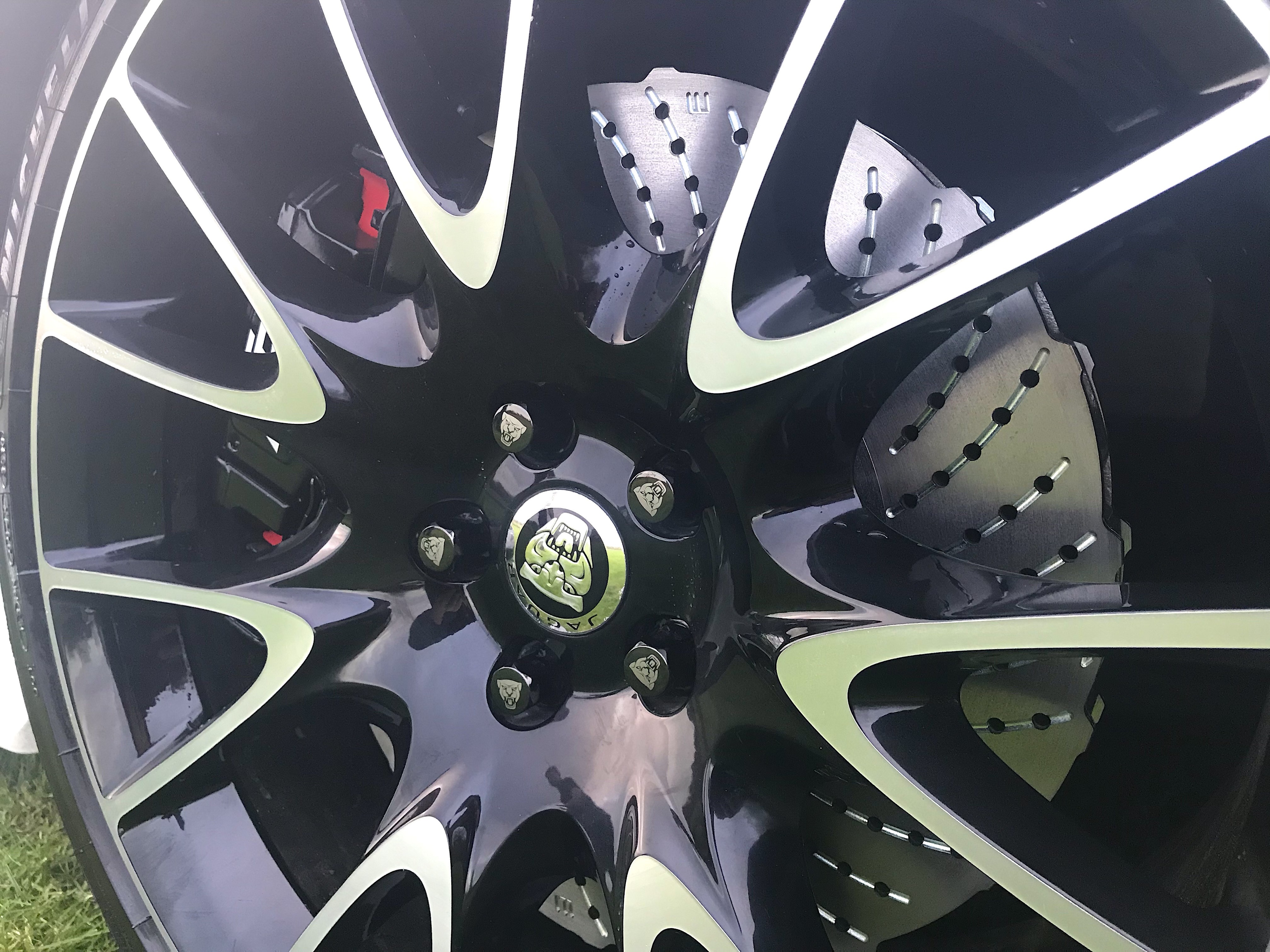 Starting with the “Sun Cut” edge. This innovative and performance enhancing feature adds superior cooling and weight reduction added to the friction surface, which is narrow and at the outer edge of the disc, this is because our callipers have a long narrow pad design which exploits the mechanical advantage of clamping the rotor at the point furthest from the centre

As wheels on production cars have become bigger so have the opportunity to increase the size of the brakes but a large cast iron disc is not good for weight and has an adverse affect on handling. To counter this effect the Wortec system only uses a narrow band of heavy cast iron and supports it with a lightweight aluminium centre bell, this reduces weight to the point that a Wortec rotor, which is larger than the OEM one, is also lighter than the original. This approach has been seen in motorbike design where a large light weight narrow disc is seen on many modern sport bikes.

The rotor is drilled to give maximum cooling and has internal fins to further reduce weight and aid cooling. Also to note that our rotors are “handed” unlike many systems we have a different rotor for the left and right of the car. Extra cooling is designed in around the bolt area to allow airflow around the bottom of the pad to reduce temperature at the lower edge of the pad.

A new addition to the “Sun Cut” range is the new “slot” design. again unique to wortec and gives the customer the option over drilled rotors if they prefer. The performance reduction compared to drilled discs is reduced by the “Sun Cut” rotor

The rotor is held to the centre bell using 8mm bolts fixed through the disc in slotted holes. This is a very important design feature as the disc will expand during braking and the rotor must be able to move or it will cause vibrations. The use of 8mm bolts, as opposed to those used by others, is as a direct result of our racing program which has shown that our bolt and bell configuration will withstand extreme loads. In events which have seen alloy wheels brake off the car the rotor has stayed firmly bolted to the hub even when impacting the race track surface!!

Once cooled the disc is machined to form the rotor. Stage one is to machine the disc to a perfect flat surface and we have set tolerances of bellow 0.02mm run out as measured at the outside edge of the disc. This tolerance is the same for all rotor sizes and is 150% or more than other manufactures meaning a vibration free rotor. Stage two is to drill and radius the 64 holes in the disc. The previous heat treating means that when drilled the rotor is not suitable to cracking around the holes as some disc experience. To finish the rotor it is balanced to a dynamic weight of less than 8 grams to again produce a vibration free rotor.

The rotor is now finished and with its maximum ware depth of 2.5mm per side (300-400% more than other rotors) is ready to be bolted to the centre bell.

There are no reviews yet.