Silverstone, the home of British motorsport, going to race there always brings added excitement and anticipation, after all this where our heroes have raced and fought to become champions, it is steeped in history. The International circuit was the venue for rounds 3 & 4 of the Jaguar Enthusiasts club GT and saloon car championship. After a strong showing in the first two rounds at Snetterton four weeks ago Tom Robinson in our number four car was in positive mood going to a circuit which he knew would suit the car. Tom Butterfield was absent this weekend due to his work commitments in France.

Arriving on Saturday evening at Silverstone for Sundays double header we had the rare luxury of having the F1 pit lane garages to work on the car. The Jaguar paddock must be one of the friendliest places in motorsport and it’s not long before an impromptu visit to a curry house in nearby Towcester was arranged and Tom was nominated driver for the charabanc. It’s always guaranteed to be an entertaining evening when you have fellow racers Michael Holt and Simon Dunford in tow and the lovely Mrs Philippa Holt who was brave enough to join the motley crew on this occasion.

A cold but dry May bank holiday morning greeted us for a packed day with qualifying and two races to be fitted in a little over six hours. From the off Tom was quickly posting fast times and by third lap was P3 only Colin Philpott and Sam Clarke Junior going quicker, however by lap five it was evident that the car wasn’t a hundred percent and Tom returned to the pits on lap six. Despite managing to post a quick lap Tom reported that a misfire had been noticeable from the moment the car had set off. Double header race days leave very little time to diagnose faults and cure them. Our master technician John Odam is one of the best in the business, but the racing environment makes it often tough to root out gremlins. Coil packs duly changed the supercharged AJ16 seemed a lot happier.

Tom made a flying start using power the XJR to out drag Clarke Junior in the XJS off the line and was on the tail of pole sitter Philpott going into Abbey and just seven tenths off the lead at the end of lap one. Meanwhile last years champion James Ramm had rocketed the grey and orange number one XJS from an unfamiliar ninth on the grid all the way up to forth and was chasing down Clarke Junior and you couldn’t help feeling that we were in for a repeat of round one at Snetterton, with another titanic podium and class D battle. By lap three Philpott had just over second on Tom who was five seconds clear of Clarke Junior in third and Ramm a further second back. Behind Ramm, Rodney Frost led the class C battle in tight order from Guy Connew and Richard Coppock, Michael Holt who would normally contends this fight was let down by the cooling system on the X300 all weekend, one to forget. By lap five it was plain to see that all was not well with our number four car and Tom was dropping back from Philpott into the clutches of Clarke Junior and was sadly forced to retire the XJR on lap seven with not only a return of the misfire but a shredded alternator belt. With Tom out of the race Clarke Junior took the challenge to Philpott and with some stellar laps caught the Berkshire man by lap thirteen trading the lead with him several times until the chequered flag came down on lap sixteen, Philpott the eventual winner by just two tenths of a second and Ramm collecting the final podium place. Frost held off Connew to win class C, Chris Boon with his XK8 performing excellently took the honours in class B and Dean Sewell in the patriotic Saint George livered XJ6 winning class A.

Alternator belt replaced but still with a small misfire Tom headed to second but last on the grid after the DNF from race one. Making another strong start Tom was soon working his way up the grid, however having such a quick car out of place on the grid has it’s dangers and unfortunately Tom tagged Gail Hill’s class B XJS which cause her to spin into the path of Rick Walker’s XJ6 and sadly both cars were out with some fairly hefty body damage, unfortunately racing incidents happen, fortunately neither were hurt and racing got back under way after a lap of the code 60 virtual safety car. By lap five Tom had climbed from the back of the grid to fifth and was hunting down Frost driving the class C, XJS. At the front Philpott and Clarke Junior had resumed their battle and were again trading places, exciting stuff, both equally matched machines and drivers and the most entertaining dual of the racing weekend with Ramm holding a watching brief just two seconds back in third. Lap six and Tom passed Frost to move into forth and even the circuit commentator was now proposing the impossible that Tom was in the running for a podium place driving the wheels off the XJR. The dream however was short lived and ended two laps short of the finish when inexplicably the car chewed another alternator belt something it’s never done prior to this weekend.

Philpott held off Clarke Junior in another tight finish the Palmersport instructor finishing just three tenths back, Ramm again taking third. Frost collected his second class C win of the weekend, Chris Boon made it four wins out of four in class B with another strong showing in the XK8 and Dean Sewell again collecting the honours in class A. Tom despite another DNF was awarded drive of the day something that is rarely done but a reflection of the performance.

Not completing races always leaves a slightly hollow feeling especially after such a strong showing. Taking the positives, we know that we have a very competitive car that still has untapped potential that even running on five cylinders was pushing at the front of the pack. We look forward to our first outing at Oulton Park, a glorious circuit in just three weeks’ time, another double header, for rounds five and six on bank holiday Saturday 25th May, we hope you will join us. 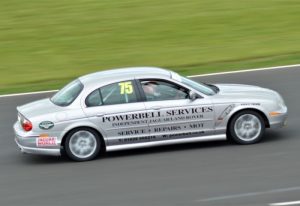 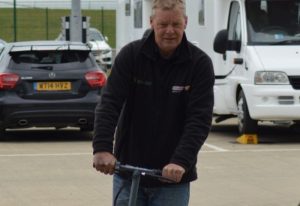 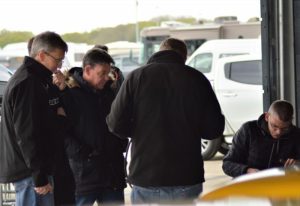 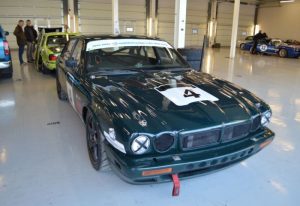 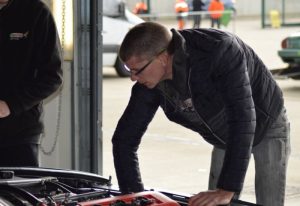 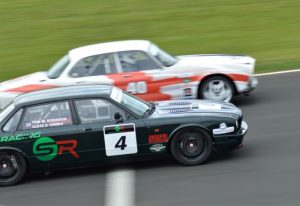 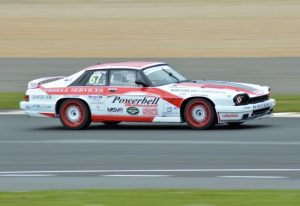 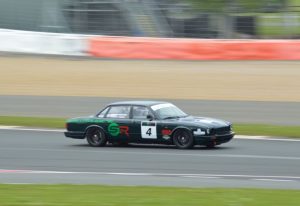 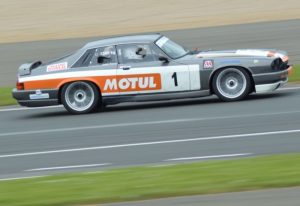 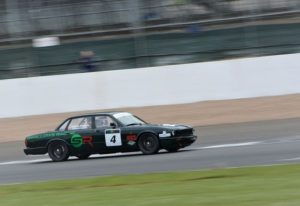 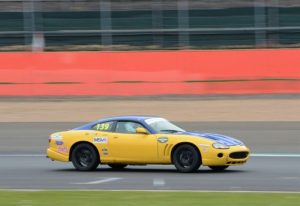 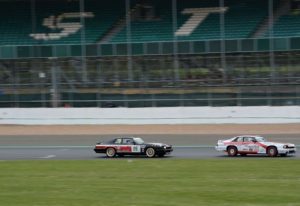