Back in the day you either rode a scooter or motorbike, you liked Ska, Two-tone or Rock and Roll, contrasting ends of the same spectrum. Reflecting on the fortunes of our two teammates and their cars it’s been a bit like that this weekend, a bit of a contrast!

With two practice sessions booked for each car on Friday we anticipated plenty of track time at Thruxton the UK’s fastest circuit and a good track for our XJR’s. Jaguar Select driver Adam Powderham was first out and managed some useful laps before his car started suffering temperature issues and returned to the pits. Tom had only managed a couple of laps when he needed the assistance of a recovery vehicle to return to the paddock.

A water pump seal failure on Adam’s car was diagnosed, while Tom’s XJR was suffering from a crack to the inlet manifold a seemingly more serious issue at the time that required a dash back to Somerset in the Friday rush hour traffic to have it welded. With qualifying due at 9.30am Saturday morning that left the team with no other option but to work on both cars late through the evening and into the dark, finally wrapping up at 11.00pm.

Unfortunately, Adam didn’t get out in regular qualifying a coolant hose failure preventing him from posting a time. Tom had a largely frustrating qualifying, spending a great deal off the session in traffic and unable to find any clean air. Eventually when he was able to break free he managed a respectable P6 on the penultimate lap. Adam was finally able to run some laps on the back of another qualifying session which enabled him to be allowed to make the starting grid for the race all be it from the back. 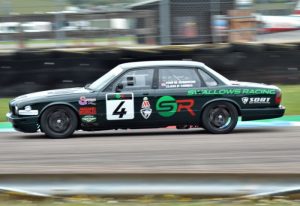 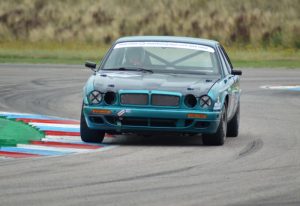 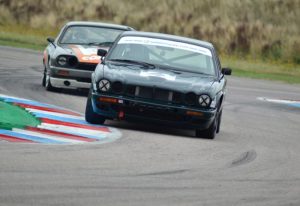 With a start that Usain Bolt would have be proud of Tom catapulted himself from P6 to P2 by Allard the first corner. Adam made an excellent start too and set about working his way up the field, and by the end of lap one had scathed his way through to eleventh place. For the first time all weekend we had both cars on track together and seemingly running well. As the race settled down pole sitter Colin Philpott led the way in his XJS pursued by Tom followed by championship leader James Ramm in another XJS, the three of them quickly broke away from the pack and it was already evident that the fight for the top step of the podium was going to be between them. Meanwhile by lap four Adam had moved up to ninth position and a place in the top six was within his sights. As the race reached lap six, Tom was having to defend heavily with everything available from Ramm who was pressing hard which allowed Philpott to establish a three second advantage. Sadly, for Adam his charge up the field was ended again with temperature issues.

Tom continued to battle James Ramm and by lap eleven the pair had cut the deficit to Philpott to just two seconds. Philpott responded to the threat and was able to maintain the slender margin until the chequered flag, Tom holding off the challenge of championship leader Ramm to take second. Patrick Doyle fourth, Alasdair McGregor fifth and Rodney Frost completing the top six. Tom’s second podium of the season and second overall and in class D and drive of the day trophies.

Diagnosis of Adam’s XJR’s cooling issues meant delving deep into the engine and required removing of the cylinder head and our worst possible nightmare a head bolt shearing off in the process. Master technician John Odam skilfully managed to extract the sheared bolt and much desperate ringing around and calling in of favours found us making a short journey down the road to a local Jaguar collector who kindly allowed us to remove a head bolt from one of his ‘works in progress’. Another late evening of spanner work followed before the XJR was back in one piece again.

With the top six places on the grid reversed, Michael Holt was on pole and Tom found himself starting from fourth while Adam’s strong lap times from race one gave him a ninth place on the grid despite his DNF. Unfortunately, Tom wasn’t able repeat the start he had in race one and with his path blocked was forced to the outside going into turn one and found himself in sixth place at the end of the lap. Adam also suffered slightly with the mixed-up grid and was tenth.

Lap four and Tom had fought his way up to fourth and once again was chasing Colin Philpott who was behind teammate Rodney Frost in another XJS, James Ramm had resumed normal service and a gap at the front was starting to open up at the front. Adam’s frustrating weekend was completed with another DNF due to temperature issues despite the best efforts of the team in the pits, all the signs now pointing to potentially a crack in the cylinder head.

Lap nine saw Philpott finally passing Frost who was now less than two seconds clear of Tom and the XJR performing well and staying ahead of McGregor and Connew. Excitement was growing in the Swallows camp at the prospect of a possible second podium finish of the weekend, however Tom made a small mistake at Church on the final lap handed McGregor fourth place. With fifth place overall and third in class D it was an excellent points haul over the weekend for Tom. By contrast a deeply frustrating time for Adam and the team with his XJR.

With a month now before the next round at Donnington and time to get Adam’s car back to health hopefully we can enjoy the prospect of both cars fighting for a place on the podium. 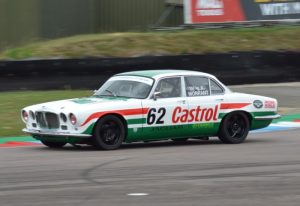 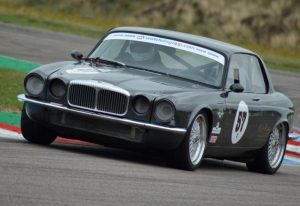 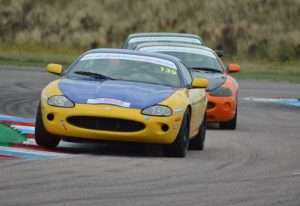 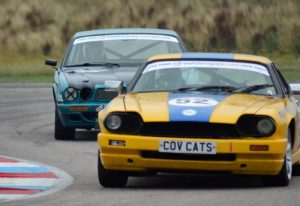 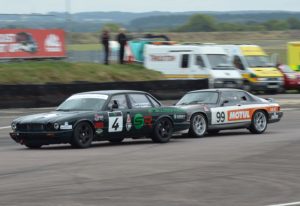 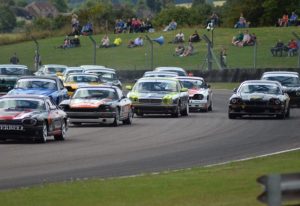 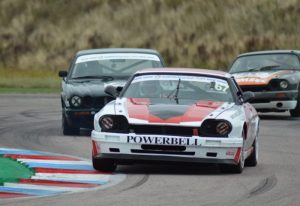 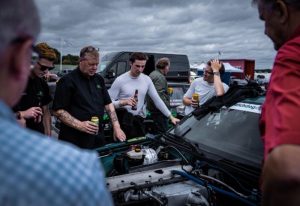 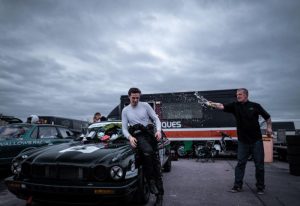 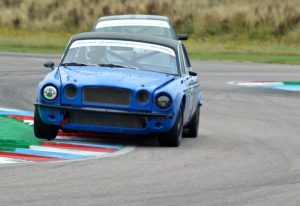 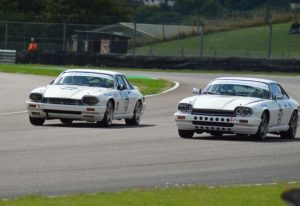 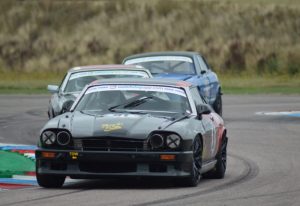 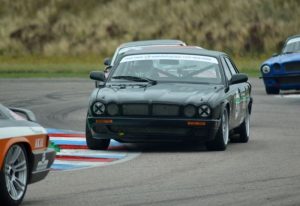 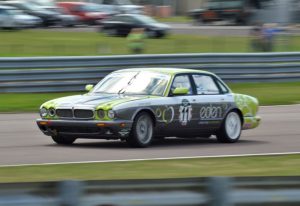 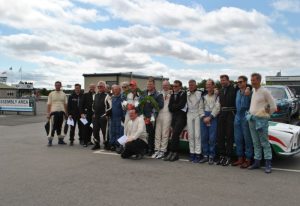