King of the Castle

After warming up the XJR6 at our track day on 20th October it was back to the serious matter of racing with the Jaguar Enthusiasts Club Saloon & GT Championship on 24th October at Castle Combe.

With second place overall in the Championship in the bag this was essential a free round with no championship points at stake. Qualifying was on damp but drying circuit and by lap seven Tom had the X300 singing and took pole from the naturally aspirated X300 of Michael Holt but with a healthy three second margin and mixing it with some of the ‘Big Boys’ in the CSCC Open Series which incudes the likes of Andy Priaulx ex-World Touring car BMW, full BTCC spec Seats and 6 litre Holden’s but the Jaguar certainly didn’t disgrace itself in this impressive company.

Race one was wet and getting the Jag off the line cleanly was challenge for Tom, Holt was quickest away but his lead lasted less than a lap before Tom was passed and opening up a considerable lead. The XJR6 has been a handful in the wet in the past but recent work on the Quantum suspension set up and geometry has now got the car dialled in and now will perform and handle in wet and dry conditions. Untroubled throughout the race Tom brought the Swallows car home for his second outright win of the season.

Race two the circuit was considerably wetter and the rain heavier, with the ball-drop reversing the top six of the grid Tom found himself on row three. With lights out pole sitter Lawrence Coppock was leading going into Quarry for the first time with Holt second and Tom third. Once again Tom made light work of passing both cars and was at the front of proceedings by Camp. With Tom starting to establish a healthy lead the safety was deployed on lap two when unfortunately Derek Pearce in the XK8 hit standing water and aquaplaned taking out the unfortunate Coppock’s V12 XJS. The safety car returned to the pits with 8 minutes left on the clock, but before the field had completed another two laps, Holt collected some of the barrier padding at Camp and deposited it on the track near the pit exit and an Open Series Clio then overturned on the same corner. This bought out an early chequered flag and the third victory of the season for Tom.

Tom’s final outing of the Season will be an Open race at Thruxton with the Classic Touring Car Racing Club on 31st October. CTCRC will be the new home of the JEC Saloon & GT Championship in 2021 when will return to our own grid and the Sat/Sun format. All rounds of the 2021 season will be televised or live streamed. 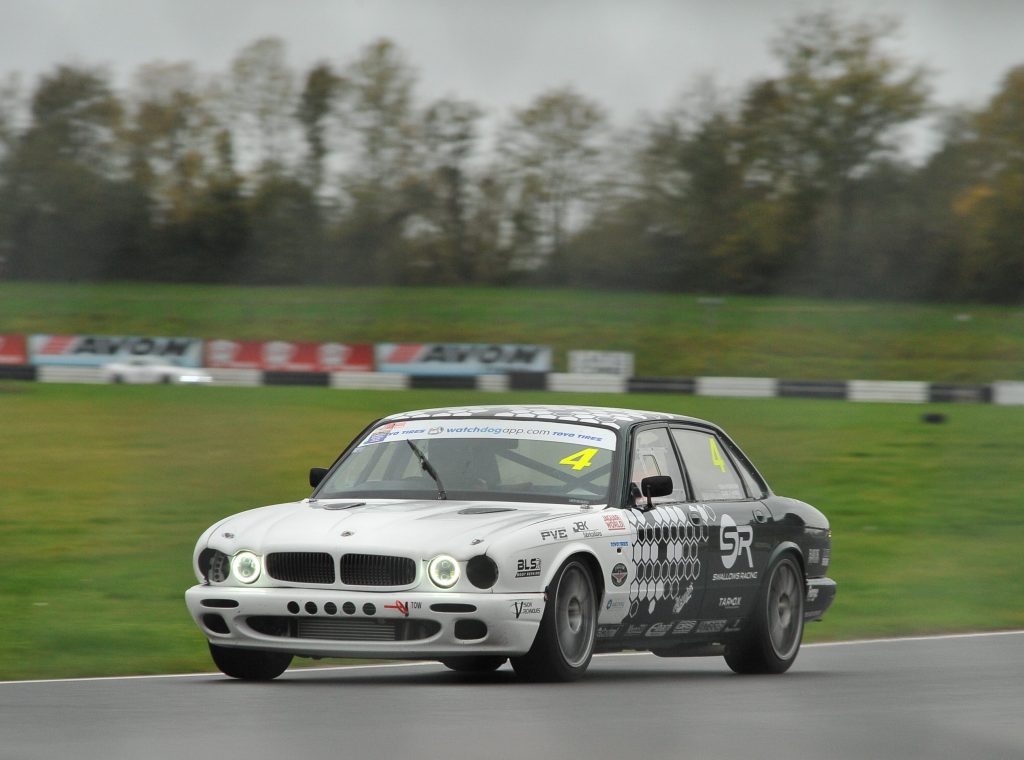