WHY WE GO RACING

Unfortunately, this isn’t exactly the race report I had planned to write, and really, it’s not even a race report. The weekend at Oulton Park didn’t pan out as planned with just testing, qualifying and only half a race completed. So instead I thought I’d write about why we go racing.

There are several reasons for going racing, testing ourselves as race car builders, technicians, technical ability, drivers, the challenge of making a machine do something that it wasn’t designed to do, friendship and comradery with people that have a common purpose. Then for Swallows Racing there is always another reason, testing the reliability performance upgrades and components in the most extreme conditions, so we can either sell, recommend or not as the case maybe.

When we started out on our journey to build and race an XJR something that hasn’t been done before we were breaking new ground and we were and still are aiming high. So far this season we have been within tenths of a second of the fastest cars on the grid, either qualifying or running in the top three in every single round. We went to test at Oulton Park on Friday as it’s a very technical and challenging circuit and one that Tom isn’t familiar with. By the end of the day on Friday Tom had learned the circuit and his lap times had dropped into the 1:58’s and was up with the quickest of the Jags in testing.

Qualifying on Saturday morning Tom narrowly missed out on pole position with a 1:57.8 just a tenth of a second off the top spot. Not bad for an Oulton Park newbie! We also discovered that with the extreme heat generated by our AJ16 the exhaust manifold had cracked, something that fortunately a local stainless-steel fabricator fixed for us. The extreme conditions of racing will always find the weakest link in the chain and so you improve that and move on until something else gives and you improve that, and so on.

Come the first race on Saturday and Tom was running in third pushing Colin Philpot hard for second when the limited slip diff became very noisy and something went bang. After Tom had returned to the paddock the XJR also wouldn’t go into gear. Our car has a lot of torque and it’s found the next weakest link, time to strengthen upgrade and test before we go to Anglesey in July. 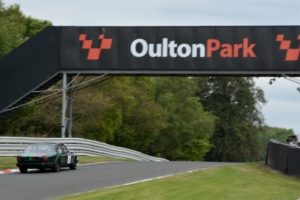 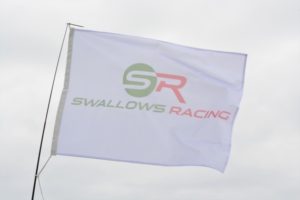 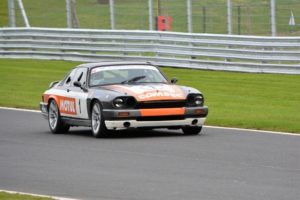 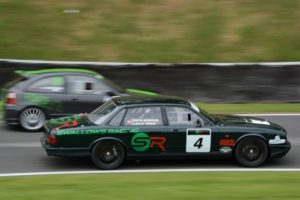 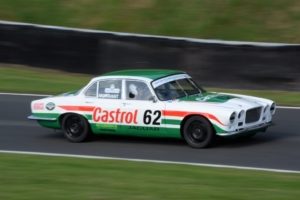 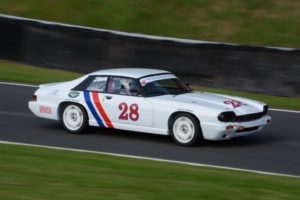 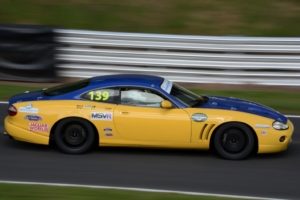 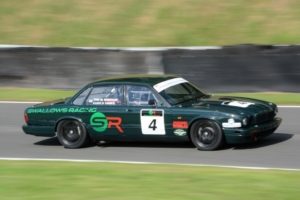 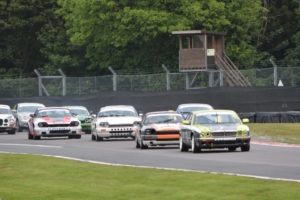 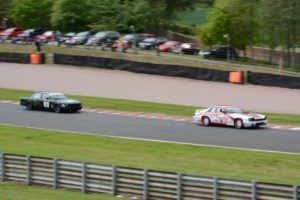 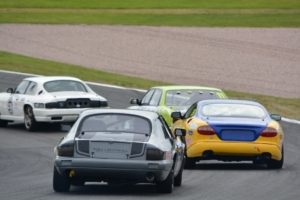 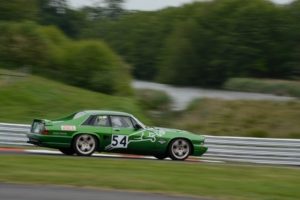