Six long weeks after the disappointment of Oulton Park we were back on track this weekend at Anglesey, a new circuit for us, and a 260-mile trek north on Thursday afternoon ready for a full day testing on Friday. With a rebuilt gearbox and differential plus a new clutch we were optimistic that Tom’s XJR was in good health and ready for the challenge of the undulating clifftop circuit, probably one of the most scenic tracks in the world.

Friday morning turned out much as forecast and to be pretty wet, but this gave the opportunity to thoroughly test the wet set-up and valuable wet practice for Tom. As things turned out we ended up with two wet session and two dry sessions the perfect scenario. The car proved to be very strong with the only slight concern for Tom, a little difficulty shifting from third to fourth on the newly rebuilt gearbox. This never went away during the weekend but also didn’t get any worse.

The forecast predicted that we would have a wet qualifying session on Saturday morning, but the overnight storm was blown away by some strong winds and when the Jaguars left the paddock to venture out for qualifying the track was dry. With smaller entry numbers for this round we were paired for qualifying with the Tin Top race series meaning forty-four cars out on track, so picking a window to get clear track space was tricky and Tom wasn’t entirely able to get a clean lap but never the less was able to secure P3 on the grid.

The circuit remained dry over the lunch period and at lights out Tom got excellent traction off the line and by the end of the very short start-finish straight had passed James Ramm and was on the shoulder of Colin Philpott going into Target, remaining there until the Hairpin. The Buckinghamshire man then left the door slightly ajar and Tom didn’t need a second invitation to squeeze the XJR through the gap to take the lead. Seven tenths clear at the end of lap one Tom continued to use the excellent straight-line speed of the big saloon to pull away from the pack opening a two second advantage to Philpott and Ramm a further six-tenths back in third by the end of lap four. Chris Boon having another excellent outing in the XK8 was in fourth and Ian Drage in his XJS completing the top five at this point.

Tyre degradation with the harsh Anglesey surface by lap six was beginning to see Tom’s lap times fall away and the loss of grip proved costly when Philpott had closed to within seven tenths and on lap eight he pounced on tiny error and was able to pass Tom on the twisty Rocket & Peel complex. As the performance of the tyres continued to drop, Tom became increasingly under pressure from 2018 champion Ramm who used all his considerable experience to try and find a way past. In much of a repeat of last season’s race at Thruxton Tom was able to make the XJR wide and hold off the challenge of the Essex driver for the last four laps with a simply brilliant performance to come home in second place. Boon came home in fourth winning class B, Dave Bye was fifth and winner of class C in his beautiful XJC, with Tim Morrant in the Castrol livered XJ6 winning class A and ninth overall. Tom collected fastest lap and drive of the day for his superb effort.

With dry and less windy conditions Sunday’s race was set fair for another epic battle between the leading class D cars of Philpott, Ramm & Robinson. At lights out Tom literally launched the XJR off the line and led going into Target from Philpott and Guy Connew who had also made an excellent start. Racing on the slightly shorter Costal circuit with the two longest straights deleted and the very twisty corkscrew added a lot of the XJR’s advantage was taken away. Getting a good start was therefore all the more important. Ramm was soon up into third and in close pursuit of Philpott who by lap four was only half a second behind Tom. Lap five saw Ramm pass the Powerbell car and up into second at the Banking and a second and a half down on Tom. Tyre degradation again was a factor and by lap seven Tom could no longer hold off the fast charging XJS. It was a further four laps before Tom fell into the clutches of Philpott’s XJS and slipped back to third. Boon was again having a magnificent race for fourth in the bright yellow and blue XK8, pursued by the effervescent Michael Holt in the X300 back to form after a slightly off colour round the previous day. Holt managed to bring home the stricken XJ in fifth and a class C win despite dragging the back bumper behind him after a coming together with Dave Bye’s XJC. Ramm driving superbly the overall and class D winner, Philpott second and Tom comfortably home in third. Tim Morrant collected the class A prize coming home seventh overall with strong drive despite the XJ6 being a little smokey for the duration of the race.

A very satisfying weekend, car and driver performing superbly and wonderful to be back on track in every sense.

The next rounds are on 21st & 22nd September 2019 at Thruxton, we would be delighted to see you if you are able to join us. 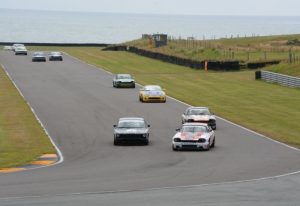 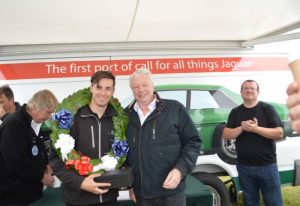 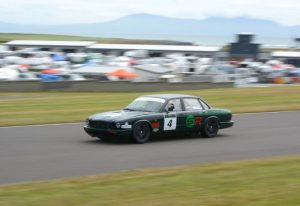 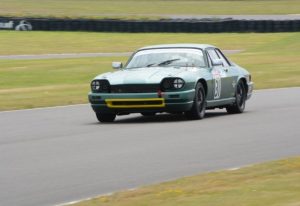 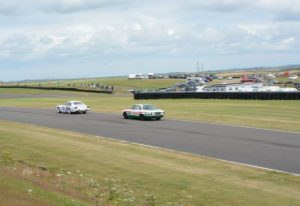 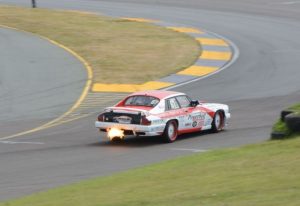 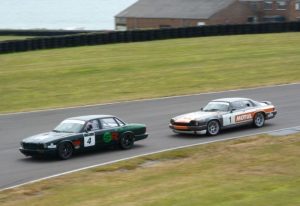 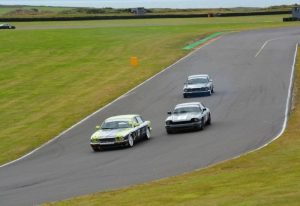 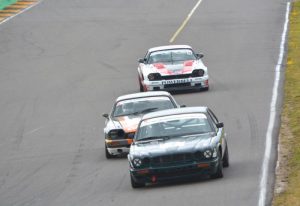 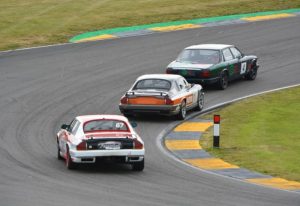 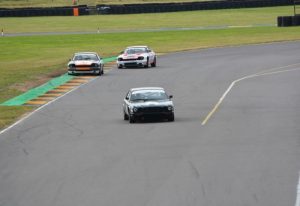 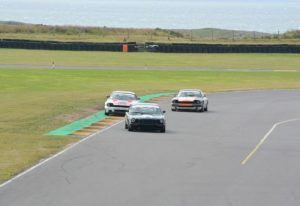 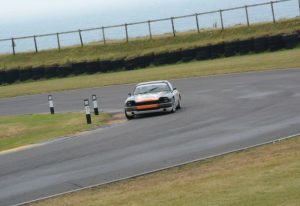 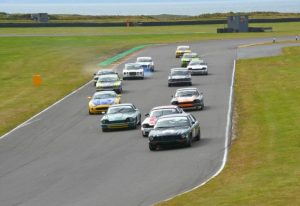 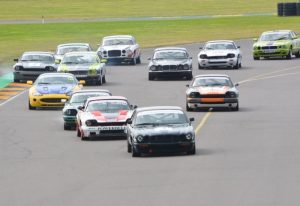 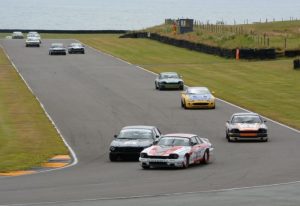