Three weeks on from our successful Pembrey test day we headed to Donington Park for rounds 5 & 6 of the JEC Saloon & GT Championship and it’s fair to say we were feeling optimistic especially with a dry forecast and the XJR6 in fine fettle.

Qualifying proved a little tricky with a forty-two cars on the two mile circuit due to having a shared grid with the CSCC Open Series. Never really finding enough air for a totally clean lap, Tom still managed second on the grid and only a tenth off pole man Colin Philpott in the XJS and only a  tenth up on 2018 Champion James Ramm also in an XJS. Well set up then for a close race.

A vague starters flag meant Tom being slow to react and then lighting up the rear tyres off the line and dropping five places by Redgate, however he quickly made up loss ground in the supercharged XJ to move up to third by the end of lap two. Philpott had established a comfortable six second lead over Ramm until lap ten when he began to lose power and was passed by Ramm, Philpott headed for the pits and a rare DNF (engine failure). Tom by now was beginning to eat into Ramm’s lead at an average of two seconds per lap, the Essex man however still looked favourite until a mistake on the penultimate lap at the Roberts chicane and Tom pounced to take what had seemed an unlikely victory and fastest lap.

With low autumn sun in the late afternoon sky race two got underway with Guy Connew making a flying start from row two in the Bob Tullius Quaker State livered XJS to lead the first lap closely followed by Ramm and Robinson. Ramm squeezed past Connew on lap two before Tom followed suit on lap three with a slick move at Craners to push up to second. The safety car came out on lap four with an Open car in the gravel at Redgate and on the restart with eight minutes remaining Tom continued to press Ramm’s XJS. Ramm however is an experienced campaigner and managed to make his car wide enough to keep Tom at bay crossing the line just three tenths of a second ahead of the Swallows Racing man.

With a first & second and valuable points Tom was able to cut Ramm’s championship lead to just five points with another double header at Castle Combe on 24th October to come. 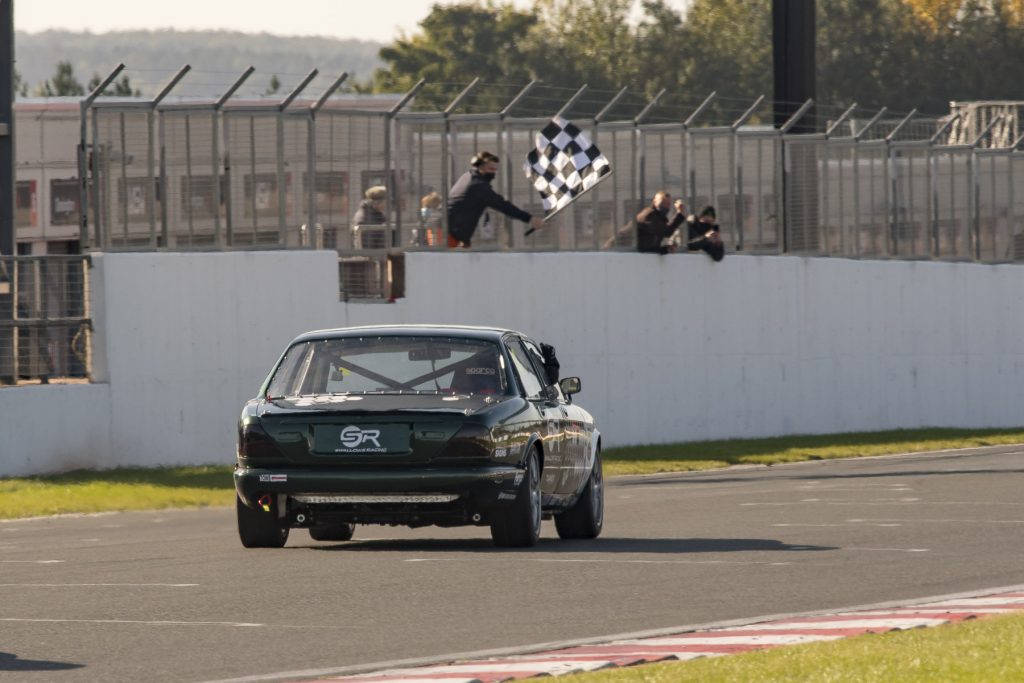